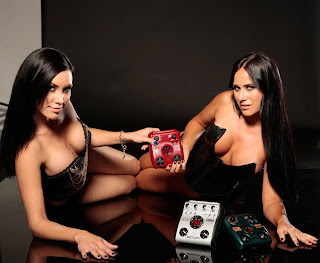 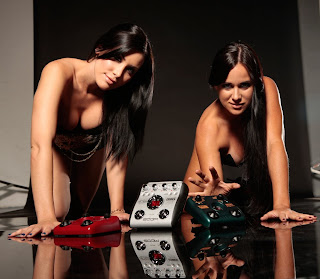 For those who think I don’t look good at Zoom’s advertisement...


Photo session for Guitar World Buyers Guide in the USA to promote the Zoom’s signature pedal of Jonnhy 5, George Lynch and mine.

Posted by Kiko Loureiro at 13:17 No comments: 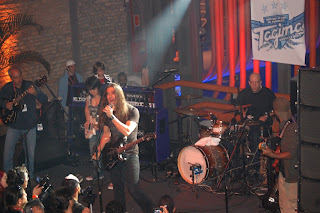 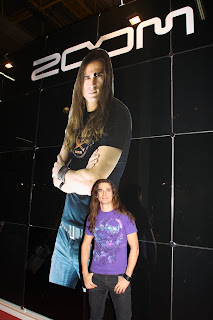 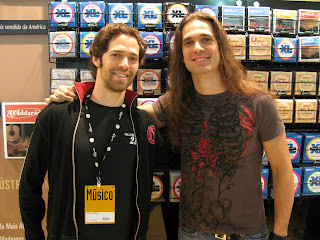 Since I have got several requests , here you have the pictures from EXPO MUSIC 2008. For this year I took part on the several booths: Tagima, Maverick, Zoom, Santo Ângelo D’addario and Bose.
Who has already been to Expomusic knows how funny are the five days full of music, to meet again your friends above it all a huge mess with a pretty loud sound!
Here you have some choosen pictures.
Concert at the party of Tagima Dream Team which happened one day before Expo Music at Casa das Caldeiras. The band was formed by Mozart Mello (electric guitar), Monica Agena ( Electric guitar), Cuca Teixeira (Drums), Kris (Bass and vocals) and myself on the guitar and vocals.
We perfomed She came through the bathroom window, Come together ( Beatles), Superstition ( Steve Wonder) Purple Haze ( Hendrix) and Kiss ( Prince)
Another picture took on the Royal-Zoom’s booth featuring Kiko and Kiko Kong on a sticking plaster.
The third one is a picture of my Brother Zeca Loureiro and me at Musical-Express booth (D’addario).

Hugs!
KL
Posted by Kiko Loureiro at 13:55 No comments: