Tunísia for the first time! 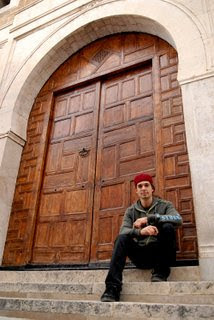 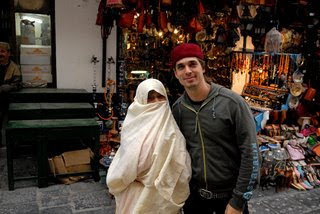 For those who were missing my texts on the CVC(travel agency in brazil) style,here comes another one.The last one was about Slovenia during the tour in Europe.I have more things to tell and pictures to show of this trip, but as I am not following a specific order, I will tell about my moments in Tunisia.

I received the invitation to play on the “off” events of the Cartage Jazz festival in Tunis.On a theater would be the encounter of the rock musicians in Tunísia.A workshop followed of a concert featuring the local musicians and another day a masterclass for the interested guitar players.I stayed there for 5 days in the city and I really could know about this interesting country.

The invitation showed up through the organizer of the festival and the brazillian embassy which took me there to represent proudly Brazil.Tunísia is really interesting.Mussulman arab country where the official language is French.It was also the first place in África for the roman empire.This way we can find in a mixed form all the Mussulman arab country with the european culture of protectorate french summed up with the roman ruins in Cártago.Sunny country with lovely and simple persons.I felt very comfortale there.

In some free afternoons, my tunesino friends, took me to downtown of Tunis, where we can find the popular market,mosques and the public power buildings,with ministries and assemblies.

I bought lots of things there, practicing my power of negotiation for a cheaper price.One of the things is this chichia (had better don’t write with X...even because I am not sure that this is the correct name).This is the little hat typic “grená” of the area lords.On the picture I was sitted on the door of one mosque.Even with the chichia, I did convice anyone I looked like a mussulman...so I couldn’t get in the mosque.Different of the catholic church which uses the beauty of your spaces to collect duties,Islamim takes serious the idea of going to the mosque to pray and to talk to Maomé.At least I took this picture with this beauty lady as you can see.She covered her face on the time of “smile to the cam”, even I telling her that she was “très jolie”...

I still have more pictures to show, but I will continue this on another post.

Kisses and Hugs!
Posted by Kiko Loureiro at 04:39 1 comment: