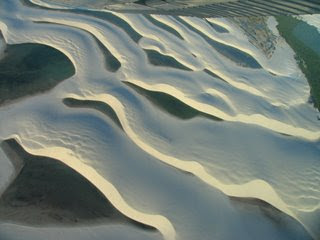 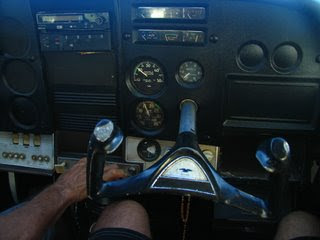 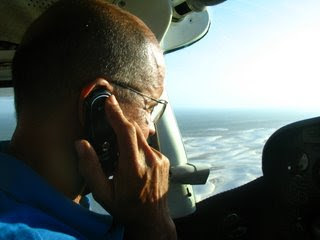 Hello everyone! I know that I haven’t been sending news recently.I just arrived from my vacation and we have already got in into the stressful routin of São Paulo, with rehearsal and preparation to the long tour that we will have.Japan and Europe without any break.I still will stay in Europe for more ten days to do some clinics.It means Two months away from home...into the snow!!!
I leave here,to not lose the habit,some pictures from my end year trip.After many years travelling is really seldom to travel without my guitar aside me.
I flew over the “Lençois Maranhenses”.So beatiful!! I agreed to get in an airplane that looked inside seems to be a 1970 beetle.The pilot told us that it was safer than a Boing...so it’s ok... I faced it.To show how safe it is the pilot wanted to turn off the motor during the flight,saying that it would plane and really works.After our shouts ,the guys gave up this idea.
Going against any rule of “Turn off your cell phone when you are aboard”,the pilot spent a huge time driving the pilotting the pleane and talking about his life stuff,while we looked down and started picturing how would be a forced landing.At this moment we also calculated the percentage of staying alive if we fell over all this sand dunes and where we should go back on foot.
Happy 2007 to everyone!!!
Posted by Kiko Loureiro at 10:52 No comments: